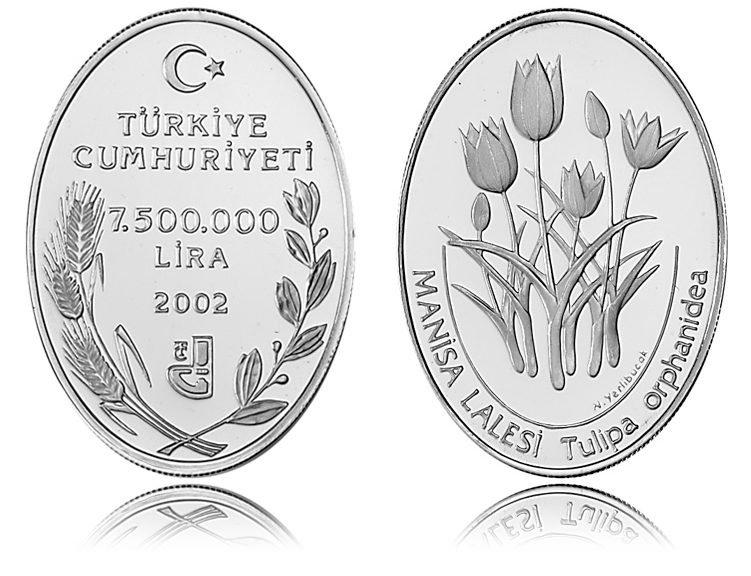 Many countries have had periods of inflation.  We don’t know about them if they don’t show up in our news.

I brought along tonight circulating coins from before the Bin Lira period, the Bin Lira inflation period 1995 – 2005, and one coin from after the decimal coinage reform.  Also four coins from the oval flower series.