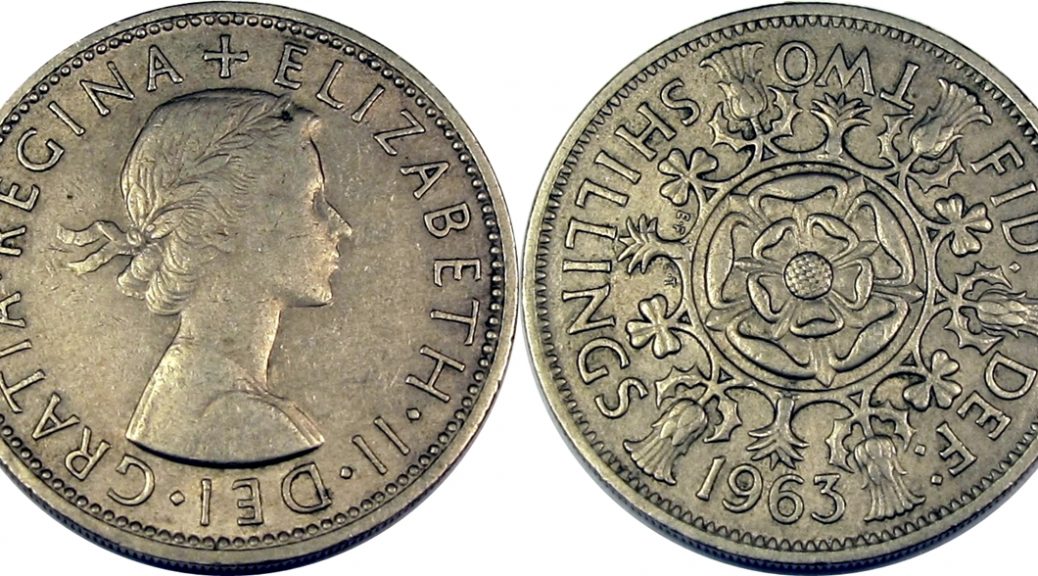 She was born in London on April 21, 1926. She grew up with the affectionate nickname “Lilibet”. Her grandmother Mary supervised her training for the duties she would some day assume.

She married Philip on Nov 20, 1947. After 1948, when her father George’s health began to fail, she and Philip assumed many of his obligations. One of them was a periodic visitation of the various colonies and dominions of the empire around the world. While on a tour in 1952, they were in Kenya when they received word that George had died. She returned to England at once. On February 6, 1952 at the age of 25 she became Queen Elizabeth II and “by the Grace of God, Queen of this realm and of her other realms and territories, head of the Commonwealth, Defender of the faith.” The coronation was held June 22, 1953.

The custom is to place a royal portrait in profile on the obverse of the coinage of Great Britain. Since 1952 there have been four different profiles of Queen Elizabeth II on Great Britain’s coinage.

The first profile, laureate portrait, also know as “Youthful Portrait”, first appeared on circulating coinage in 1953 and was the design of Mary Gillick. It continued through 1970. By then the queen had changed and it was felt that the profile should be updated.

The second profile, or tiara portrait, was the design of Arnold Machin. It was used 1971-1984. 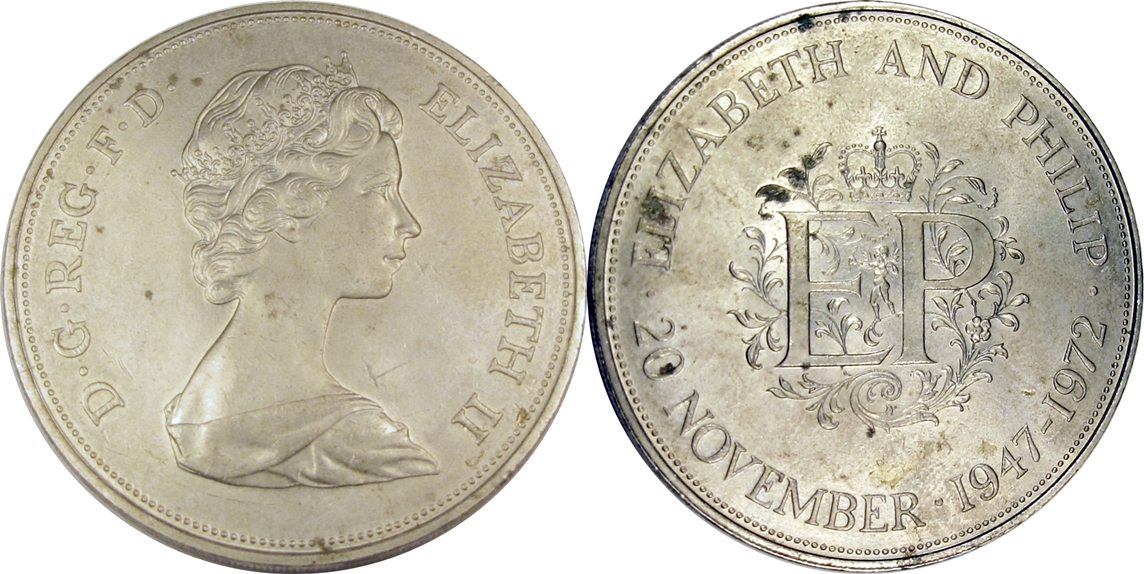 The third profile, or diadem portrait, was designed by Raphael David Maklouf and was used from 1985 through part of 1997.

The fourth profile, or crowned portrait, was designed by Ian Rank-Broadly and was used from 1998 through 2013. It provides a more mature view of the Monarch.

This Show and Tell was created by
club member Herb Schmidt, and presented
at the June 2015 Muncie Coin and
Stamp club meeting.