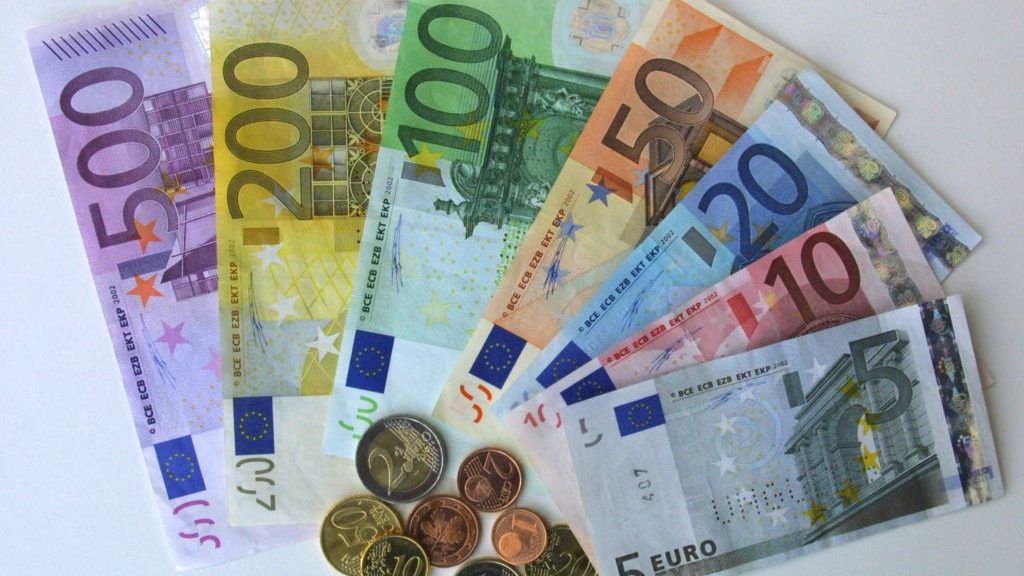 On January 1, 1999 the Euro was introduced to all the countries of the European Currency Union.

The prices in euros were posted alongside the regular prices in the country’s currency.  The purpose was to familiarize the people with what the euro prices would be when the country’s money was demonetized.  The circulation coinage would be 1 euro cent through 1 and 2 euros to take care of the small change requirements.  (100 euro cents = 1 euro)  There would be no circulation coinage valued larger then 2 euros.  Higher values could be issued as collector items only and would not be used for circulation.

On January 1, 2002 the final transfer from local coinage to Euro coinage took place.  At the same time Euro paper currency was issued in denominations of 5, 10, 20, 50, 100, 200, and 500 Euros.  Each denomination has its own design and is used by all nations in the European Currency Union.
The front of each denomination has a classical design type arch or classical design type window which is NOT representative of any existing structure.  This avoids partiality toward any of the countries.  The back of each denomination has a map of Europe, a European Union flag, and a bridge.  Once more the bridge is not representative of any existing structure.
Since all of the countries use the same design for each denomination, how do you tell which country issued a given piece of currency?  Simple, look for the letter at the beginning of the serial number.  Take that letter to the table in the Standard Catalog of World Paper which lists the country for each of the letters.  For example if the letter is P the country is Netherlands.
Now if you consider each prefix letter represents a country (variety) and you collect by country (variety) you would have to find and purchase 11 different notes for a complete set for a single Pick number.  And that is just for notes with a single signature.  There are two different signatures for the 2002 series, Duisenberg and Trichet.
Currently I have settled for one 5 euro, one 10 euro, and one 20 euro note.  I may try for the other signature at a later date.

This Show and Tell was created by
club memeber Herb Schmidt, and will be presented
at the September 2015 Muncie Coin and
Stamp club meeting.